Hit enter to search or ESC to close
Uncategorized

This short paper does not answer questions.  It asks them.  The utility of asking these questions is that it informs arguments.  Courts do not offer generic guidance on this topic.  They only resolve disputes having regard to all the circumstances of the particular case and considering the child’s best interests as the paramount consideration.

I will use this example.  A parents wishes to facilitate a child undertaking a scuba diving course.  The second parent becomes upset because the course falls on the day on which the child would be with that parent.  The second parent, although not consulted, refuses to give consent.  The first parent understands the concern and organises the course on a day the child would be with the first parent. 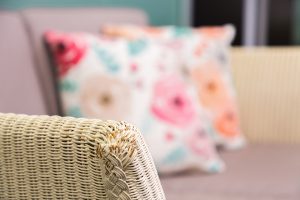 The second parent, citing concerns the child is not old enough, argues that attending or completing the course represents an inherent danger or risk of harm to the child.  The parents are in dispute.

Is the first parent permitted to make the decision unilaterally?  Is there some other reason why the second parent’s consent is necessary?

The answer to the first and the last question can be answered in two contexts.

The first is whether the unilateral decision might be a contravention of the order for equal shared parental responsibility.  The Act separates decisions made in relation to children as either major long-term issues or issues that are not major long-term issues.  The former is the subject of an exercise of shared parental responsibility.  The latter falls within the category expounded by section 65DAE of the Act.  In order for it to be a contravention the decision must have concerned a major long-term issue.  Simple.  Those two categories also enlighten the answer to the first question because where an order provides for shared parental responsibility, either section 65DAC or section 65DAE apply.  The former requires a joint decision, the latter does not.

The second context is much more nuanced.  Just because a parent is empowered to make a unilateral decision (deriving from the parents’ “power” inherent in section 61B of the Act) does not make that decision in the best interests of the child.  A parent could apply for a parenting order on the discrete point.  A section 60I(8) certificate will be required unless an exception in subsection 60I(9) applies.  To explore this concept, one must step into the application before the Court.

A decision made by one parent before one can be made by the other, which impacts on the efficacy or ability of the second parent to make their decision is likely a major long-term issue.

Important considerations are the extent, duration and intensity of the course; and the implications that arise out of completion of the course.  For instance, is it like going to South Bank for an ice cream on Sunday, or is it more analogous to undertaking a course of study – a certificate in hospitality, for example.

Disputes about the latter, which probably fall into the education category, often arise where one parent wants the child to do A and the other parent says the child should do B.  Doing both can be a major long-term issue if but only because the child would be undertaking too much at one time.  A decision made by one parent before one can be made by the other, which impacts on the efficacy or ability of the second parent to make their decision is likely a major long-term issue.

Which sport a child should play can be a major long-term issue.

The explanatory memorandum to the 2006 amendments to the Act suggests the purpose of requiring joint decisions on only big ticket issues limits disputes about the minor issues.  The necessary implication there is that parents are free to unilaterally make minor decisions.  But if one parent’s minor decision compromises the capacity of the other parent to make a minor decision, is it no longer a minor decision?

Is this a course which the child has been undertaking for some time already?

There is a significant gap in the legislation and the authorities about what constitutes the decisions the subject of equal shared parental responsibility. 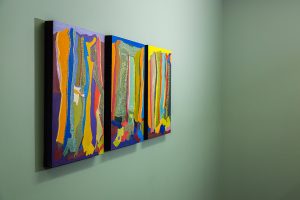 Even if the above disapproval is only for a short period of time and the advanced course or activity could be attended in the future, is the unilateral decision to allow attendance at the course now, where there is an inability to participate in an advanced course or activity immediately after, sufficient cause for dispute and conflict such that the implications are major and long-term?

There is a significant gap in the legislation and the authorities about what constitutes the decisions the subject of equal shared parental responsibility.  Of course, it is “major long-term issues”.  But the Act (and the authorities) discuss only that phrase versus “decisions that are made in relation to the child during that time [the child is with one parent] on issues that are not major-long term issues”.  Section 65DAE provides a note: “This will mean that the person with whom the child is spending time will usually not need to consult on decisions about such things as what the child eats or wears because these are usually not major long‑term issues.”

It is that gap that underscores and contextualises a dispute.  Where one parent has expressly disapproved a decision concerning an issue that might be a “grey area”, does that lend interpretation favouring a major-long term issue?  If one party asks for consent, does that imply it may be a major long-term issue?

Or is the “gap” meaningless unless and until one party makes an application for the Court to determine the issue not on the basis that it is a major long-term issue, but as a discrete parenting order?

Courts make orders concerning issues that are not apparently major long-term issues all the time.  There is no jurisdictional requirement that the issue in dispute be a major long-term issue in order for the Court to hear and determine the dispute.  It could be simply a best interests question.

That begs the question, however, whether an issue in dispute that is not a major long-term issue warrants the imposition to the child of further litigation and consequently whether the Court should entertain the application.  On that logic, it should categorise the issue as a major long-term issue before it subjects the child to that litigation.   See the Chief Justice’s remarks in Rice and Asplund (1979) FLC 90-725.

There is no way to better define what will constitute a major long-term issue.  The Full Court approves the expansion of the definition of major long-term issues in the Act: see DeLuca & Farnham [2019] FamCAFC 100 at [47].  However, there is a reason Courts obfuscate defining the phrase beyond that contained in sections 4, 65DAC and 65DAC of the Act – it is entirely dependent on the circumstances of the case.