Hit enter to search or ESC to close
Uncategorized

By Alicea Castellanos October 23, 2020 No Comments 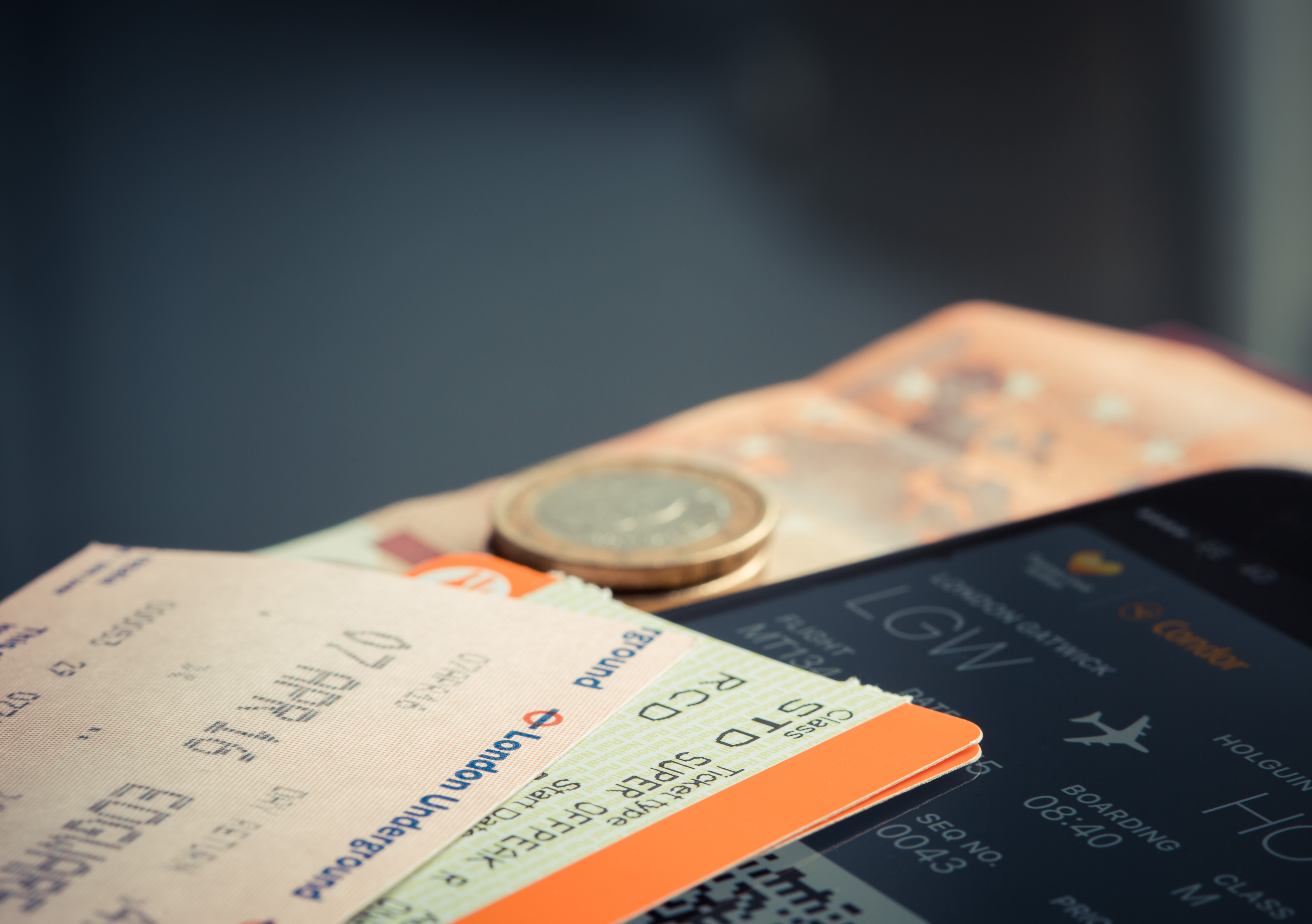 There was a popular American crime drama series broadcast in the late 60’s and early 70’s called the Mod Squad.  The series focused on three disaffected youths given the choice of incarceration or of serving as undercover, (yet unarmed), detectives for the Los Angeles police force.  Their term of service on the force would be in lieu of serving their time in prison.  A popular series, it addressed topics that were important to the 70’s counterculture movement, a movement that was gaining in its popularity at that time in the States.

The IRS has recently formed its own squad to address another counterculture movement of sorts, i.e., high-income taxpayers.  After having come under fire from critics in recent decades for fixating far too much of their efforts on auditing lower income taxpayers, the IRS decided to form a special investigative group that focuses on audits of high-income taxpayers.  The official name of the group is the Global High-Wealth Industry Group.  Practitioners in the tax industry have nicknamed it the Wealth Squad.  Like the Mod Squad, it too has its own mission objectives.  Their mission statement is “to take a holistic approach in addressing the high wealth taxpayer population; to look at the complete financial picture of high wealth individuals and the enterprises they control”.  (IRM 4.52.1, Global High Wealth Program, Global High Wealth Program Processes and Procedures, Revised 12/26/2019)

Beginning in January 2017, the IRS announced a new audit strategy, known as “campaigns”, to be undertaken by the Wealth Squad via its Large Business and International division.  The goal of the division was to improve the selection process of returns for audit, identify issues representing a risk of noncompliance, and make the greatest use of limited IRS resources.  As of November 2019, six new issues were identified by the IRS as a focus for their campaigns.  One of these issues is compliance with the post-offshore voluntary disclosure program (OVPD).

Historically, the main purpose of the OVPD program conceived in 2009 was to bring taxpayers into compliance with their reporting requirements for foreign income, accounts, and assets by absolving them of criminal liability for prior nonadherence to the law.  Further, taxpayers were afforded the chance to resolve their civil tax and penalty obligations via standardized payment guidelines.

By 2014, pursuant to the program requirements, taxpayers had to file or amend their income tax and information returns for the previous eight years.  Most notably, participants in the program were obliged to file their Foreign Bank Account Reports, known as FBARs, which disclosed to the IRS all previously unreported foreign income and assets.  Upon filing, these taxpayers were assessed a tax due on their unpaid amount plus a 20% accuracy-related penalty with interest.  Non-filers were additionally hit with a delinquency penalty.  Taxpayers whose offshore banks and financial advisors were under investigation were required to pay a 27.5% or 50% offshore penalty.  This penalty was calculated by aggregating the value of the taxpayer’s offshore assets for the eight years in question and choosing the highest value as a benchmark.

Under the program, should the taxpayer be able to reach an agreement with the IRS, he/she was issued a Form 906, Closing Agreement on Final Determination Covering Specific Matters.  In the event no agreement was reached, the terms of the OVDP did not afford the taxpayer the opportunity for appeal.  Rather, their case was removed from the program, and subsequently handled via normal audit channels.  This was a very unfortunate turn of events for these taxpayers because many of them found themselves subject to maximum willful FBAR and civil fraud penalties.

The 2014 version of the OVDP was terminated in September 2018 and replaced with a program called the Updated Voluntary Disclosure Program.  Although similar to the 2014 program in many respects, it diverged from that program by increasing the penalty scheme and giving the IRS latitude to press criminal charges against taxpayers for program violations.  The shutting down of the more lenient amnesty program and the subsequent crackdown on those who signed on to, but violated, the terms of the original 2014 program paved the way for the IRS to implement their current campaign.  Enforcement of this campaign has come under the jurisdiction of the Wealth Squad.

The enforcement campaign has come under a guise of soft letters that were recently sent by the IRS to program violators.  These violators have been identified by the IRS via investigatory processes that included data analytics and third-party disclosures from banks and other financial institutions.  The content of the letter includes a notice to the violator that their original closing agreement with the Service still stands.  These taxpayers are reminded that they must maintain consistent compliance with the agreement terms including the annual reporting of foreign assets.  It impresses upon these taxpayers that they had a continued obligation to comply with the program even after the program had ended.  The Service continues to delineate those years in which it believes compliance with the program terms was neglected, while at the same time, recognizing that valid justifications for neglect exist.  These justifications include, among other things, a repatriation of assets or a failing to meet filing thresholds in the years post OVDP.  At the letter’s conclusion appear two options available to the taxpayer to correct their noncompliance.

The first option affords the taxpayers a chance to file their delinquent returns as well as amend their already filed returns.  Barring a showing that the noncompliance was due to a reasonable cause and further, not the result of willful neglect, the IRS will still levy all applicable penalties.  To demonstrate the reasonable cause defense, the taxpayer must attach to the return a statement to that effect detailing all facts and circumstances contributing to noncompliance.  Such a demonstration does not guarantee the return will not be audited.  However, it preempts an automatic audit and subjects the return to normal and existing audit selection procedures.  Upon selection, information on these returns will be cross-referenced against data received from the banks and financial institutions for a determination as to the return’s completeness and accuracy.

The second option requires a taxpayer to mail in a statement that attests to the taxpayer’s full compliance or at least, attempted compliance, with all tax and information reporting requirements pertaining to foreign assets and income.  Further, the taxpayer must include with the letter a plan of action for the future to become compliant with the law.  Under this option, the taxpayer must show the IRS their complete tax filing history inclusive of those years in which any foreign income, entities, and/or assets went unreported.  In order to show compliance and/or attempted compliance with the law, evidentiary proof of compliance in the form of documents, etc., must be included with the letter.  Finally, it is imperative that the attestation statement, known as a jurat, found at the foot of the letter be signed.  The jurat is the equivalent of a sworn oath, the violation of which can result in additional penalties for committing perjury due to making false or fraudulent claims.

The creation of the fictitious Mod Squad, pursuant to the show’s plotline, was a response to the societal problems of the 70’s.  The development of the Wealth Squad is a likewise IRS response to current societal trends wherein wealthier individuals conceal offshore assets and foreign income.  In an effort to be fair, the IRS has not actively prosecuted these cases without at least giving these affected taxpayers the chance to purge their tax records of their delinquencies.  Regardless, the Service, whether rightfully or not, has decided that this window of opportunity must close to avoid a perpetuation of further tax abuse.  A last-ditch effort at enforcement by the Wealth Squad has come in the form of soft letters presenting two options for cleansing tax records.  At the foot of the letter is a return date for a response, which affords a taxpayer the last possible chance to come clean of IRS allegations of noncompliance.  It would be advisable to take advantage of this window of opportunity because even just measures and gestures for leniency have their own finite lifespan.

Alicea Castellanos is the CEO and Founder of Global Taxes LLC. Alicea provides personalized U.S. tax advisory and compliance services to high net worth families and their advisors. Alicea has more than 17 years of experience. Prior to forming Global Taxes, Alicea founded and oversaw operations at a boutique tax firm, worked at a prestigious global law firm and CPA firm. Alicea specializes in U.S. tax planning and compliance for non-U.S. families with global wealth and asset protection structures which include non-U.S. trusts, estates and foundations that have a U.S. connection.

Alicea also specializes in foreign investment in U.S. real estate property, and other U.S. assets, pre-immigration tax planning, U.S. expatriation matters, U.S. persons in receipt of foreign gifts and inheritances, foreign accounts and assets compliance, offshore voluntary disclosures/tax amnesties, FATCA registration, and foreign companies wanting to do business in the U.S. Alicea is fluent in Spanish and has a working knowledge of Portuguese.

Alicea is an active member of the Society of Trusts & Estates Practitioners (STEP), the New York City Bar, the New York State Society of Certified Public Accountants (NYSSCPAs), the American Institute of Certified Public Accountants (AICPA) and the International Fiscal Association (IFA).  She is the New York/Northeast Regional Representative of the Women of IFA Network (WIN). Distinctly, in 2020, Alicea was awarded with a prestigious NYSSCPA Forty Under 40 Award. She was selected as someone that has notable skills and is visibly making a difference in the accounting profession.

Please note: This content is intended for informational purposes only and is not a replacement for professional accounting or tax preparatory services. Consult your own accounting, tax, and legal professionals for advice related to your individual situation. Any copy or reproduction of our presentation is expressly prohibited. Any names or situations have been made up for illustrative purposes — any similarities found in real life are purely coincidental.